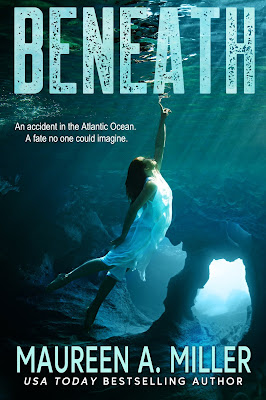 As the waves haul her under Stella knows that she is going to die. Instead, an unusual current drags her  deep into the underwater canyons of the Atlantic Ocean. Powerless against the raging waters, she is suddenly sucked into a ventilated cave. One by one, Jill and her family also emerge in the sunken cavern. 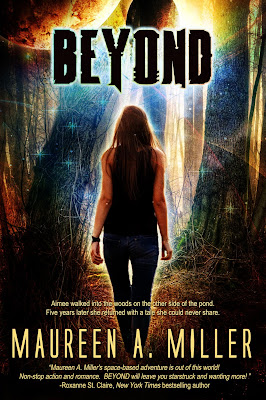 It is the day after Aimee Patterson’s high school graduation. College beckons, as does her dream of becoming an engineer. On an early evening walk, her cocker spaniel charges into the woods on the other side of the pond. Aimee trails after him, and in the stillness of that forest the unthinkable happens. She becomes paralyzed and watches in horror as her hands vanish before her eyes.

Waking to the sound of voices, Aimee realizes that she has been kidnapped. Little does she know how far away from home she is, though. In an attempt to flee her captors, she launches from their confines only to freeze at the view outside the window. The sky is black and filled with stars, and in the distance is a familiar blue globe.The planet Earth.

A group of humans forced to flee their planet after an epidemic destroyed their civilization now travel the galaxies in search of an antidote. Retrieving samples of plant life from every solar system, on this occasion Aimee was accidentally seized instead.

Aimee must learn to avoid the advances of an awkward young scientist who seems intent on dissecting her, as her own fascination turns to the exotic young warrior, Zak. Having fallen in love with Zak, she is now torn with the decision to return to Earth or live beyond the stars.

Sophie Diem's boss has skipped town, abandoning their counseling firm and taking her investment money with him. As she seeks to rebuild her professional career she is distressed by the appearance of a stranger. The man keeps to the shadows, but he is definitely stalking her.  In an attempt to flee him she accepts a job offer...in London. Surely crossing the Atlantic would be enough to deter her Shadow.

Glenn Barber is a desperate man. He sorely wants answers. The man that can supply them has gone missing, though. Now all Glenn can do is go after the next best thing, the man's former employee, Sophie Diem.

Sophie is shocked to spot her shadow in London. What she learns is that Glenn, the Shadow, is not a stalker, but rather her only protection. As her attraction to Glenn grows, together they conspire to locate her former boss and stop him before he can harm others.

"The sexual tension with Sophie and The Shadow was off the charts. Overall, the book had it all: romance, suspense and humor."