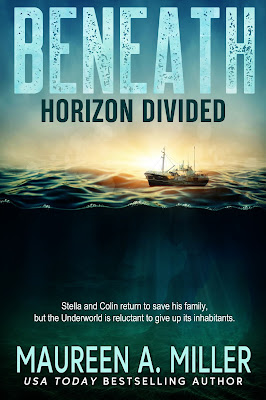 When it appears that all hope is lost, a miracle occurs in the form of a retired Hollywood producer-turned-explorer who is willing to use his ship and equipment to support their quest. Although no one believes their tale, he is the most accepting person they have met. Whether his intentions are honorable remain to be seen. 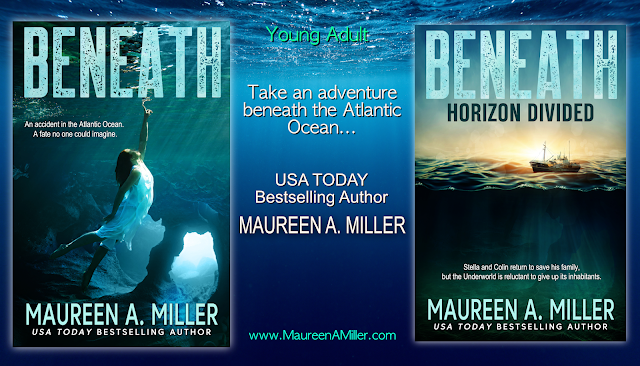 “Take your time.” The pretty blonde host of  Jersey Coast Now assured in a polished voice.
Stella Gullaksen folded her hands on her lap. Her eyes followed a blue cable running along the floor before it snaked up to a glaring lamp pointed at her face. She squinted to see beyond it, but there was no audience out there. This was a pre-recorded interview to be aired later in the evening.
“I–” Stella hesitated, “–I was fishing with my best friend and her family when a storm struck and capsized the boat,” she recited mechanically.
There was an imperceptible tightening of the blonde’s lips, but her practiced smile remained. She made a theatrical motion of consulting her notes, but Stella could tell that her eyes barely skimmed them.
“I see here that you claimed to have been drawn into a cave at the bottom of the ocean, and that there were other survivors still down there–” the newscaster paused for dramatic flair, “–alive.”
Stella winced.
When Colin and she were rescued, thirst and desperation had them spewing out every detail of their experience to the startled fishermen. Reading the disbelief in their eyes she knew they were in for a battle. By the time the Coast Guard arrived, Stella and Colin scaled back on the specifics, simply expressing the urgency of rescuing their family. The Coast Guard complied, but after seven futile days they called off the search.
Ironically, the greatest aid came from the Atlantic Harbor Institute. With their logo displayed on the side of the yellow submersible for all to see, they felt compelled to contact–or rather, interrogate Stella and Colin. Eager to learn more about the fate of their own pilot who went missing two years ago, AHI exhausted a month-long search of the coordinates relayed by the fishermen, and the reported course of the STARKISSED.
But now all search and rescue resources had been exhausted. All that remained was the perverse curiosity of the press. It wasn’t really curiosity. It was more like public humiliation. Yet, Stella submitted to it. She submitted to the scrutiny hoping that someone watching might seriously be willing to help.
“Miss Gullaksen,” the host paused, “please, tell us what happened.”